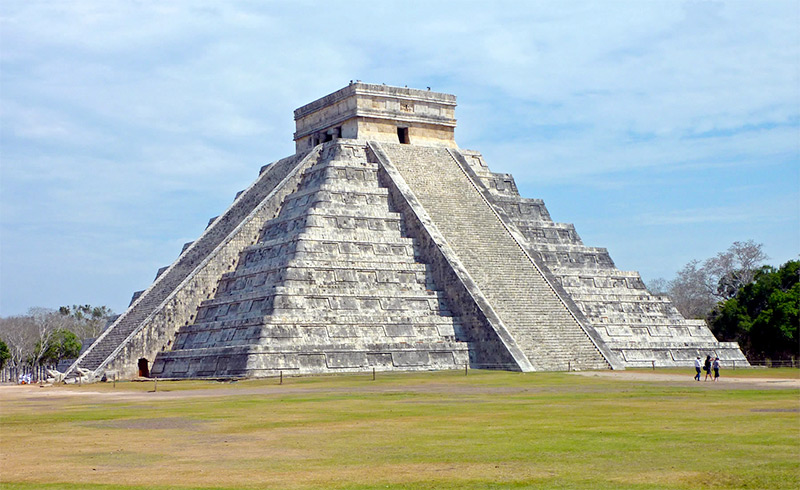 Chichen Itza is one of the largest Mayan archaeological sites in Yucatán, Mexico.

The Mayans, known for being one of the most technologically advanced civilizations of their time, inhabited the regions of Central America and southern Mexico. Their most notable achievement was their intricate system of time, which consisted of three calendars. These calendars were known as the Long Year, the Solar Year, and the Tzolk'in. The Long Year calendar was used to measure long periods of time and is responsible for the 2012 predictions. The Solar Year is the calendar that most closely resembles our Gregorian calendar; The Tzolk'in calendar consisted of only 260 days and was used mostly for religious purposes. These calendars came under great scrutiny in 2012 due in part to the media portrayal of an "apocalyptic" prediction. However, after 2012 came and went without incident, historians began looking for the true meaning of why the Mayan calendar system ended on that date.

The Mayans were a very religious civilization spread out around modern day Belize, El Salvador, Honduras, Guatemala and areas of southern Mexico. They are well known for their advances in astronomy, mathematics and writing. They are most known for their two calendars; one tracked the solar year and one tracked the sacred year of 260 days. The Sacred year was used for religious reasons and to name children. It consisted of thirteen months; each with 20 days each. The Solar year is the year that we are most familiar with and still practice today. This calendar consisted of 365 days split into 18 months of 20 days each. These were further divided into cycles known as Katuns (around 19.7 years), Baktuns (roughly 395 years or 20 katuns), Pictuns (around 789 years or 20 baktuns), Calabtuns (usually around 158,000 years or 20 pictuns) and Kinchiltuns (which were around 3.16 million years or 20 calabtuns).

In order to track long periods of time, the Mayans developed what is known as the Long Calendar. The main function of the Long Calendar was to keep track of what the Mayans called the "Great Cycle", which was roughly 13 baktuns and was considered to be the average world age. In order to mark significant moments in time, the Mayans created glyphs that marked the beginning or eras or stories. These glyphs were then carved in stone and placed in sacred areas. The first three stones were said to be put in place by three of the Mayan Gods. In addition, they had names for every day except the last five days of the final month. These days were considered to be unlucky and were simply referred to as the xma kaba kin which means "days without name." These days came from the priests who changed the number of days in a cycle from 20 down to 18 for certain religious reasons. 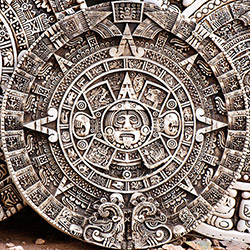 The Tzolk'in is the official name for the Mayan religious calendar that consisted of 260 days; the days each had a name and a number from one to thirteen. It was primarily used for religious practices, predictions, and even infant naming. When a Mayan infant was born, he or she would be given the name that corresponded with their date of birth. The Tzolk'in is represented by three interlocking dials that correlate with the year, month and day. Modern Mayans still use this system today to mark special events such as weddings, religious ceremonies, holidays and coronations.

Influences on the Mayan Calendar

The two main Mayan calendars  the Haab and the Tzolk'in  had different influences in both their creation and interpretation. The Haab was also known as the solar calendar. Its main influences were agricultural cycles and seasonal changes. This calendar is known for containing the xma kaba kin. There are very few differences between the Haab and traditional calendars. The Tzolk'in represented the spiritual aspect of time. It used twenty round glyphs that intercepted thirteen numbers to indicate the different months and days. When the Haab and the Tzolk'in matched up, the Maya believed it was the end of a world cycle and the beginning of a new one.

The year 2012 was first mentioned in the Mayan Long Calendar. Many people believed that this marked the end of the world. However, sources now say that it simply marked the end of the 13th baktun; the 13th baktun is the current cycle according to the Mayan Long Count calendar. This means, the Mayans meant the calendar to be reset in order to begin a new count rather than signifying any sort of event. Though the date of December 21st was widely accepted as the date of whatever event was supposed to occur, it is only mentioned on two archaeological dig sites. One site suggests that this marks a time of political change. Another site was illegible. Modern day Mayans denied knowledge of any major event that was set to occur on this date as well. Though it was theorized that an apocalypse of sorts would occur, 12/21/12 passed without incident.